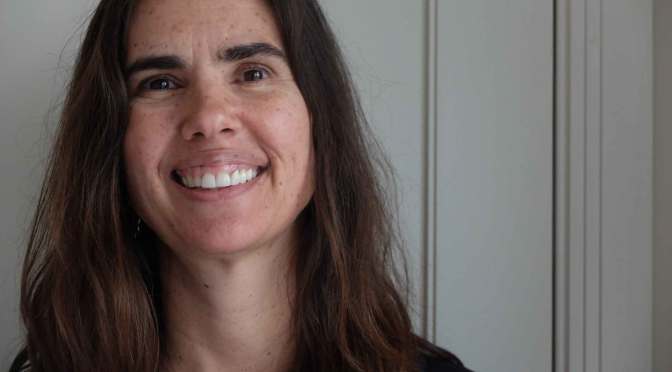 Kristin Neff discovered self-compassion in a difficult time in life, and then created an entirely new field of research around the concept. Since 2003 her self-compassion scale is used to measure how friendly people are toward themselves and how this attitude affects people’s well-being.

Are you typically kind and understanding to yourself when you fail? And do you know that you don’t have to be perfect at all times? Then, according to Kristin Neff’s self-compassion scale, you probably already have a high degree of self-compassion: you don’t judge yourself for your mistakes, and give the same comforting as you would with others in a similar situation.

This attitude was nothing she knew about 15 years ago, and today professor Kristin Neff  is a pioneer in the research field of self-compassion. Back then, she was in the  middle of a complicated divorce and felt a lot of pressure to finish her doctoral thesis. Kristin Neff compared herself to others who succeeded with both their jobs and relationships and got self-critical for being so stressed out. She wanted to be as achieving as usual, not least to have a good self esteem – “the ultimate sign of well-being” and the only way that she knew about.

But there was something entirely else that led her there: a meditation teacher who said it was equally important to give compassion to oneself as to other people. This Kristin Neff had never heard of.

“I started to be kind to myself instead of pushing – and noticed how incredibly good it felt. Suddenly, it was not about trying to feel good once and for all, but rather to support myself because I needed it in a hard time”, Kristin Neff says when we meet at a conference in Washington DC, where she was one of the key-note speakers.
Since her insight 15 years ago – “wow, this I really need” – she has seen the number of articles and theses within the new research area increase exponentially every year. From her own experience she wanted to do research on how self-compassion could affect people’s emotional well-being. In 2003, she created the self-compassion scale to measure the attitude more precisely: How friendly are you with yourself? How harsh is your inner voice in setbacks? Do you withdraw if you make a fool out of yourself? Her survey of people’s different forms of self-criticism gave a variation from mild teasing — “Oh, how clumsy I am” – to pure hostility.

Why do you think so many beat themselves up?

“There is a tendency to believe that one should be able to do everything right, and to be infallible”, Kristin Neff explains. “But people are not perfect, which can be a frightening fact that give rise to self-criticism: if only I beat myself up, I’ll do it right the next time.”

Research on self-compassion has studied what happens physiologically when we are “at war with ourselves”. Now, it is clear that self-criticism activates the same areas of the brain as when we are exposed to threats from the outside. We react with the fight-flight-response which automatically secretes the stress hormones cortisol and adrenaline. We experience fear.

“The threat in this situation comes from our own self-image – what if we wouldn’t be perfect? If we fail, we respond as if there is something wrong with us, as if the threat that must be fought is made up of ourselves. Thus we attack ourselves (fight) or withdraw in shame (flight).”
When asked why she believes that the interest in self-compassion is growing so fast, Kristin Neff answers with two tracks. One is about the pressure she understands that people feel today.
“They think they need to be perfect, thin, rich – everything. It’s way too hard. Now, many have begun to notice how this pressure makes us self-critical and how that damages us.”

Her second track is about the American “self-esteem movement” — when kids in the 1970s and ’80s were encouraged to aim for a good self-esteem. Many teachers and psychologists believed that young people’s lack of self acceptance

could be the reason for crime and dropping out of school. Kristin Neff and many with her thinks that the effort has failed, despite good intentions: when children and young people were to feel better through higher self-esteem, the ego-centering increased instead.
“The problem isn’t of course that people have a self-esteem, but in which way they are trying to get it. Many think they have to be so special and to place themselves above average in everything – or else there is something wrong with them. But the striving for this evaluation cultivates narcissism and often create a more unstable self-esteem.”

And, the researchers explain, when you think that so much depends on you yourself, it is easy to always feel inadequate. You get the idea of not being good enough and should be able to do more. Or, for the same reason, that you should be able to be more.

“Some people believe they need to beat themselves up to perform”, Kristin Neff says. “But our studies show that support and kindness motivates us more in terms of the willingness to learn – which in turn makes us develop much better.”
When her research team has compared self-esteem with self-compassion, it turns out that those who support themselves are less afraid of failure. Self-esteem tends to make people occupied with how they look in the eyes of others and more shaky between feeling good and bad – often is associated with poorer mental health. With self-compassion, people feel more responsibility for their mistakes and can apologize because they endure the difficult feelings – like for example the fact that you made a mistake.

There is a difference, Kristin Neff explains, in approaching oneself with positive reviews – good, better, best – and acting with kindness and acceptance, whether or not things go better or worse. As self-criticism activates the fight-flight-system, self-compassion is linked to the system for caring and soothing, according to research. It calms the heartbeat and enables well-being substances like oxytocin and endorphins.
“If you give yourself compassion — not because you’re infallible and perfect, but because you care about yourself when you need it, it can physiologically move us from the fight-flight to the soothing system”, Kristin Neff says. “The fastest way is through a physical gesture.”

Yes, it’s true. To stroke  ourselves over the cheek or put a hand lightly over the heart can be soothing – if we have the intention to support ourselves and say something kind because we are in a difficult situation.
“It works better than you think,” Kristin Neff says. “You can use the tone of the voice as well. If we really mean to be kind to ourselves and give ourselves a gentle touch, our physiology changes directly. Cortisol decreases and the heartbeat is calmed.”

Is there anything in your research that has surprised you?
“Well, actually. The claim that you have to be kind to yourself before being able to be kind to others has been a truism, but is actually not true.”

Do we need self-compassion to have compassion with others?

In the video above Kristin Neff comments on a study that suggests that for adults, there is only a weak connection between having compassion for oneself and having compassion for others. For teens, there is no connection at all. Even if you are friendly and caring towards others you can treat yourself hard. Kristin Neff thinks that we have had to justify our ability to like ourselves with the claim that this is necessary for being kind to others. Otherwise it will be too hard for us to be friendly inward.
“On the other hand, we know that self-compassion helps us to endure difficult feelings. It’s a fantastic alternative to self-esteem, not because you’re better than others, not because you’re special, but because you’re a normal human being. A human being who is struggling from time to time is worth kindness. Also from yourself.”

Kristin Neff’s “self-compassion break”
BE mindful of what you feel, how you talk to yourself, and try to see the common humanity in not being perfect.

Kristin Neff
Professor of psychology at University of Texas. Pioneer in the field of research on self-compasson. Created along with Christopher Germer the  program Mindful Self-Compassion 2010.

Books: “Self-Compassion, the Proven Power of Being Kind to