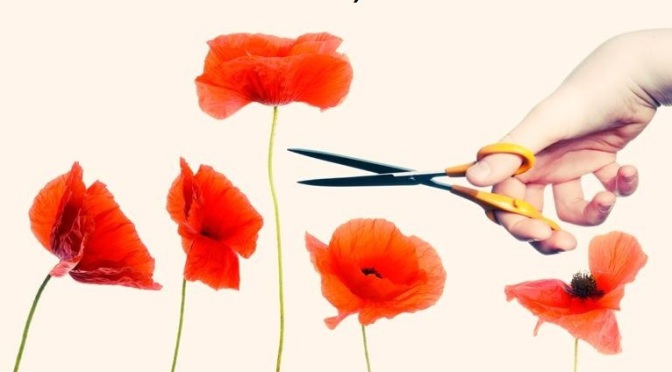 They teach self-compassion around the world and get the same question wherever they come: in what way are we special compared to people in other countries? Here’s what Michelle Becker and Steven Hickman respond and how they look at the Swedes.

“There’s always one thing standing out: that we’re so similar. Wherever we go, the deep human matter shines through”, Michelle Becker explains.

“Even when the Swedes say …” Steven Hickman pauses, and tries to remember the expression he has picked up a few days earlier during the intensive Step 1-week near the town Ostersund. “What’s the name of it again …?”

The Law of Jante? I propose.

“Oh yes. But the tendency to disapprove of each others’ successes exists in a lot of places. In English it’s called the Tall Poppy Syndrome. Still everyone tries to persuade us that in their own country it’s something special: ‘Here, you see, we have a thing called… ‘, Steven laughs.

Steven Hickman and Michelle Becker were the first international teachers to give the intensive Mindful Self-compassion, MSC, course in Sweden. 29 participants from both Norway and Sweden met up for one week, many with a background in mindfulness. Some processes in the two methods overlap.

“When people pause to open up for what is going on inside, a lot of what’s happening will be quite similar”, explains Ashild Haaheim, a psychologist and mindfulness instructor based in Mid-Sweden and the organizer of the MSC-week. She thinks mindfulness is a first step to meet one’s inner critic. The practice of self-compassion then adds being with one’s own suffering and “embrace it with care and compassion”.

“It’s about to train ourselves in having a gentle and friendly attitude towards ourselves”, Ashild Haaheim says. “But we often have difficulties with this, because we’re so used to beat ourselves up and let the inner critic speak.”

Steven Hickman, licensed psychologist and professor, and Michelle Becker, licensed family therapist, live in San Diego, California. Both are mindfulness instructors and became 2010 some of the very first teachers in Mindful Self-compassion, MSC. A couple of years later, along with the pioneers of self-compassion, Kristin Neff and Chirstopher Germer, they founded a center to provide training and workshops. Since then, the interest has been growing rapidly throughout the world. People in Europe, China, South Korea, Australia and the US can follow an eight week program, attend week-end retreats, go to the five day intensive workshop or add with the MSC Teacher Training, Step 2.

For Michelle personally, it started in the same way as for most of her work-shop participants – she discovered a harsh, inner voice as soon as she meditated. Through layer upon layer of “suffering”, as she puts it, or different hard feelings inside, she heard her inner critic.

“And there I got stuck. I had such difficulties to have compassion for myself.”

Are people as self-critic all over the world?

“Yes”, Michelle replies, “it really permeates how people feel about themselves.”

“And those who say they’re not, are just not aware of their inner critics”, Steven thinks. “In my mindfulness groups, it may be clear to the participants only at the end of the course. And then they wonder what to do with that nasty voice they have within themselves.”

Is everyone self-critical, Michelle Becker?

“There is a lot of that kind of suffering in our part of the world”, Michelle notes. She believes it is mostly caused by a lack of self-compassion. The shame behind self-criticism is allowed to take over.

“But we’re not talking about it at all, not even in  the psychologist training. Why has no one told me more about shame? It’s as if we are ashamed of the shame.”

Is the self-criticism particularly strong in our time, do you think?

“I think self-criticism has been around a very long time. We have learnt from our parents, who in turn learned from their”, Michelle says.

“Today we’re also more aware of that self accusations aren’t good”, Steven comments. “In the past, people suffered most in silence. We don’t need to hide it anymore, even though many of us still think we’re the only ones feeling bad and carry it as a shameful secret.”

But don’t we hide what we are ashamed of also today? In social media everyone seems to be so lucky …

“Everyone knows that no one posts things that they struggle with”, Michelle says.

“Social media is a venue that makes it easier to imagine that all the others live perfect lives and me myself is the only one struggling. I still think that kind of comparison mostly occurs on the surface.”

“Perhaps we also see a setback from the self-esteem movement”,  Steven points out. “It has prompted many in the United States to believe that self-esteem is about being above average, better than others. That doesn’t resonate with how they feel inside. That’s how they begin to blame themselves.”

“Most people long for the feeling of being valueable even when they fail”, says Michelle. “But they never learned to like themselves during their mistakes and wrongdoings, that’s why it’s so hard. Self-compassion is just about this – to love oneself through all the difficult feelings.”

is not to escape life’s difficulties, but is needed just because life from time to time is difficult. The method has three components:

Mindfulness of hard feelings, the common humanity in being inadequate and kindness toward oneself. Practicing this attitude can help you build up a new kind of security – you are always in contact with your compassionate self and therefore never alone. You don’t get the same experience of being the only one in the world having a difficult time.

“Self-compassion is not there in order to control or avoid the difficulties, but to support ourselves until it’s over”, Steven Hickman explains. “Accepting that ‘it’s hard right now’ helps us through our setback. Brings us further. And then we can correct our thoughts.”

What are the differences and similarities with what you teach in mindfulness?

“Mindfulness is great for being in the present moment, but when you become aware of your inner critic you get no method to practice compassion with yourself”, says Steven Hickman.

Do your students understand what you mean by self-compassion?

“Yes, though we often start by asking them to imagine what it’s like to support someone else they care about. Then we ask them to think about what it’s like to receive another person’s care – and ultimately how they could support themselves.”

How do we practice self-compassion, Steven Hickman?

According to Steven Hickman, the Mindful Self-Compassion course is to 95 per cent built on experience, as practicing self-compassion while keeping one’s attention in the experience. He believes that it is important to avoid a merely intellectual understanding.

“In our mindfulness groups, something else happens if the participants also have passed a course in self-compassion”, says Steven Hickman. “They laugh more, cry more and become more talkative.”

“It is not uncommon that our therapy clients get better more quickly”, Michelle notes. “If they have access to their own compassion things happen a little more immediately. The same process may take longer in regular therapy.”

Steven Hickman and Michelle Becker are currently experiencing an explosion in interest in self-compassion around the world. They believe that it is only the beginning.

“Self-compassion as an attitude touches upon something, a string. It is exactly what people need.”

We Swedes strongly believe that the Law of Jante only exists in Scandinavia. But “don’t think you’re somebody” is a universal attitude, only differently common in different cultures.

Tall Poppy Syndrome in English-speaking countries comes from the saying “the tall poppy gets cut down “, i.e. one should cut the ones that have grown high in the garden. Mostly used in Australia and New Zealand.

But also the Irish look down on each other and think enviousness is their national character. For the Scots, the saying “I knew your dad” has the same meaning. In the Netherlands there is a so-called maaiveldcultuur. All these sayings reflect the tendency to keep each other down.

The  expressions derive from the ancient Greeks. Herodotus tells the story of the tyrant Periander as on the 500 ‘s BCE sent a Messenger to the tyrant Thrasybulus for advice on how to rule the city. Thrasybulus then brings the Messenger with him through a corn field, on their way gathering all the ears that have grown above the others. When the Messenger relates what he has seen, Periander understands that he should decapitate the most influential and prominent citizens of Corinth. This will be the beginning of his tyranny.

The Etruscan king Tarquin the proud some 100 years later gave a similar advice to his son Sextus on how he should control Gabii, a town close to Rome 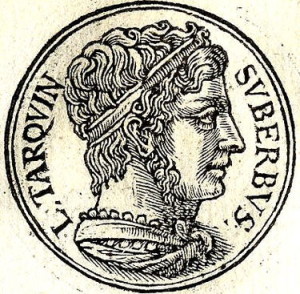 that he had taken. Instead of explaining anything to his son’s Messenger, Tarquin strikes a stick over the tallest poppies in his flower bed and thus cuts the highest ones. The Messenger recounts what he has seen, and Sextus understands that he should get rid of the most prominent in Gabii. (Source: Wikipedia)

“You shouldn’t think you’re somebody” is an ancient and still common attitude in the world. To this, we recently have added “so you’d better beat yourself up …” This is how Steven Hickman and Michelle Becker comment on the idea that we need an inner critic to motivate ourselves:

“Many people believe that those who achieve great results would be perfectionists and hard on themselves to succeed. But what distinguishes peak performing-people, according to neuroscientists (among others Liz Stanley who trains US Marine soldiers, my note), is focus, self-compassion and compassion with others.

1) They don’t have as much wandering minds as others.

2) They are no control freaks, rather open to meet unforeseen difficulties.

3) They are as ambitious as anyone, but recover from failures faster.

4) They use their inner coach, their compassionate voice, to encourage themselves to move forward if they fail. This strategy helps them to learn something and get better the next time.

5) The vast majority of young people in the category of high-performance athletes is regarded as compassionate people.

“If you want to perform better, don’t motivate yourself with criticism”, says Steven Hackman. “It doesn’t help to beat yourself up. Research shows that people are reaching further with self-compassion. They dare to take risks, because they can afford to fail. They try, they make mistakes, learn from the mistake – and try again.”